​THE GOOD SCHOOL
​
​My hands are flat against the desk.

The ball of my thumb finds the gash… that place where I took a chunk out with the metal ruler last year.

I was explaining “The Gift of the Magi” to these kids who could barely speak English.

I was as happy as they were--we all were learning new things about ourselves and the world.

Now, I’m at the teacher’s desk, looking out across the room while they finish their tests, looking for movement, sound, a flicker of hope, stealth, some merciless cunning…

Looking for the same things I always do--habits from my intermittently parallel other life. Still looking for anomalies imbedded inside the mundane, inside the seemingly innocuous.

But, now, it's different.

Now, the correlatives and collateral are different.

Now, I’m behind a teacher’s desk… because I’m the teacher.

I’m the teacher… and a lot of other things most of my kids would hate to know… but some of the others, well, they’d love it, just like they love me, with their dark, icy, overflowing children’s hearts.

Sometimes, especially during tests, I think I am transported to another place and I hear them so clearly, so real, so visceral… but who am I, in fact, to know anything, really?

Evolutive, bringing handle to the ax, a ridge still across my head.

(I have not slept in years.)

Yet, I am charged with their best interests, their education… in this state of functional delirium.

I am sure they sing to me.

Sometimes, I'm sure they sing to me... as I sit befuddled and rumpled at my desk, lips slightly parted, but so far away.

I'm behind the teacher's desk, but I'm on that desert island.

I've just been washed ashore and these kids, these Mamluks of America, are the indigenous people, the natives. And, they sit me at the head table and they embellish my already exotified exterior.

They brush melted lipstick across my lips. They brush it like thick paint across my face and make me smile and make me get lipstick on my teeth. They’ve collected all this lipstick from the bottom of countless mothers' handbags or maybe from the Big Mother God Handbag in the Cosmos and they’ve melted it all down with one can of sterno (how easily the great things melt…?).

Behind me, against the chalkboard, these native children have hung a giant banner. I can't see it... I just see them in front of me and to the sides, gaping, laughing mouths in slow motion, soundless. They’ve strapped headphones to my ears with duct tape from the trunk of the Big Mom’s car.

"Pass the papers forward and over, they must be on Javier’s desk in 10 seconds."

I say this in three languages. All my students understand me, even if I don’t say anything, but they enjoy hearing my voice in three or more languages. They love the way I swallow and suck and tickle consonants in Spanish almost approaching Castilian. Yes, they love the Armenian trilled Rs and elongated vowels, and then of course the Master's language, the internet and TV language of English. They love this the most, because they want this the most.

We play turbo-Simon Says and I kick their asses.

I'm the best word user, action mover in the district. There really is no rest for the wicked.

And, I still can't see what it says on the banner...

The native children are dressed formally--black ties and palm fronds. They’ve got me wired in with electrodes. They’re replaying re-runs of my fantasies, neuroses--segments of my life--heroic acts and idealizations and they sit sipping cappuccinos. They’re feet are painted red... Something's written in bold there... I can't see what it is.... But I know they’ve projected my insides onto the banner, projecting my suppressed and unabashed, actions taken and actions taken away. They weep and holler and applaud and chant...

I've beaten everyone at turbo-Simon Says--everyone... The champ for the class is Roberto, the crazy Brazilian kid who writes Korean letters not knowing what they mean. He has balloons always, and tells me about the universe. His smile is as big or greater than Hoover dam on a blistery day.

"Everybody--rows straight, sit straight, trash off the floor, and silent."

The bell rings and I dismiss the class row by row. The mischievous ones I dismiss one by one. We play the laughing game, me and the four enlightened ones. Whoever laughs first, gets dismissed. But, we don't want to be dismissed. We want to stay here with Mr. M. We want to revel in this place, we want to sit in this holy place and fart and laugh, and not go yet to the real world outside this room.

I’m fixing the desk, the papers, the meaningless/meaningful exams, brushing the chalk from my pant leg and coat. I'm facing the chalkboard. I'm dizzy. I'm erasing the board and I feel a chill, a cool breeze. I turn and see her at the door--the little, little Spanish girl, the little paralyzed one, in the motorized wheelchair, with the head harness remote controller. Her arms twitch in hopes of flailing and her bib sits against her flat child's chest.

I see her at the door, the chair jerking right and left. She's getting the angle to get in. I won't help her like the others pity, because she is Holy Love, and she looks straight at me, in my eye, smiling like Roberto, but bigger....

I'm at the head of the table and all the children take off their palm fronds to reveal their metal legs and walkers and electric motorized wheelchairs, their puke smeared bibs and their salivatory mouths. They smile and groan and smile, with electronically synthesized, enhanced voices... Hamlet tracheotomies.

"Well, hello there pumpkin, how are you, sweetie? How you doin' champ..."

And, again, I've inserted everything I've ever been, into her soul... staring at her right eye...

The banner!! the banner on the island!... against the chalkboard!

I still can't see it… but I think I've always known what it says... 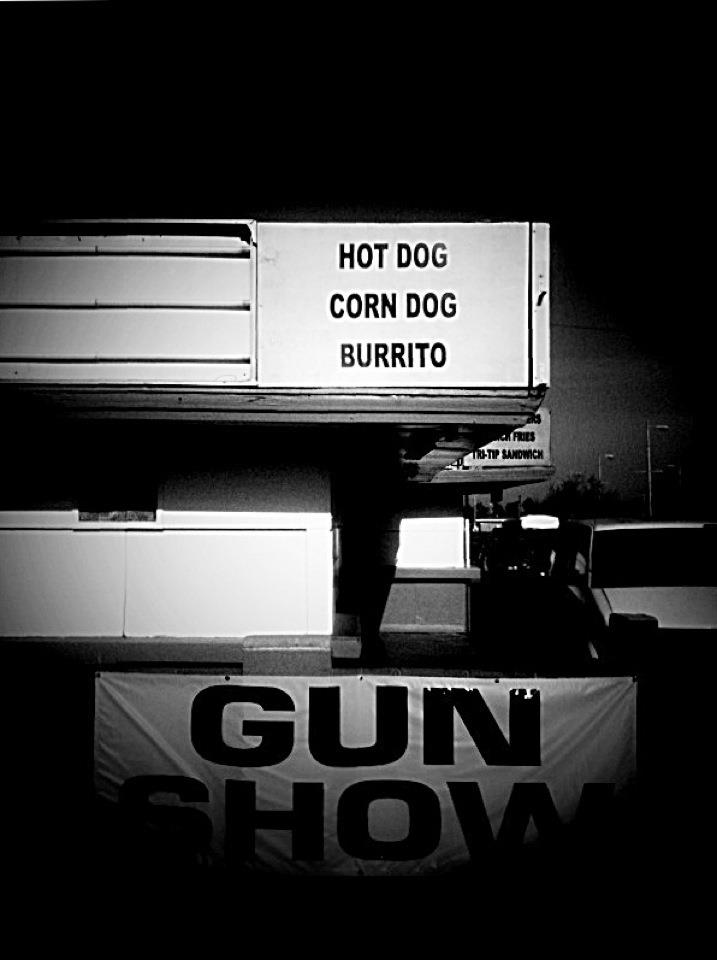 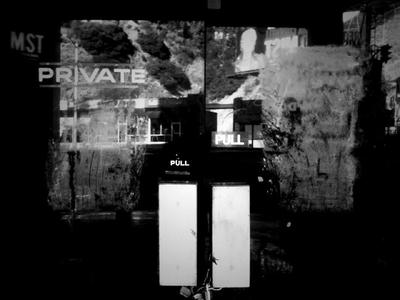